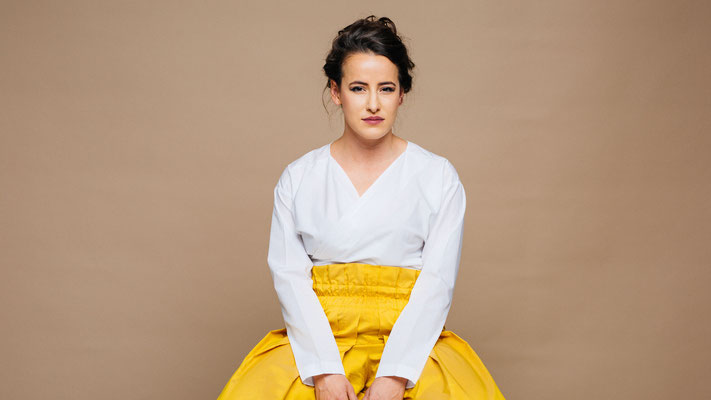 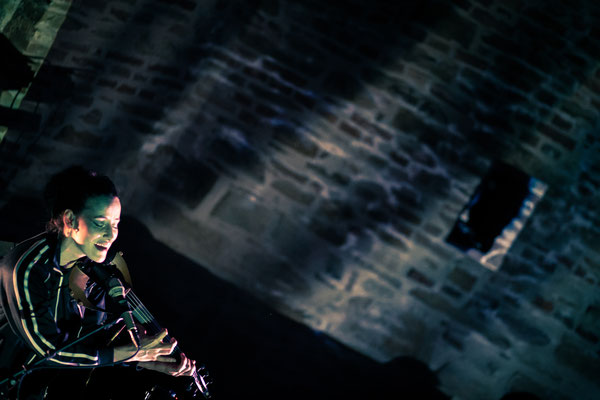 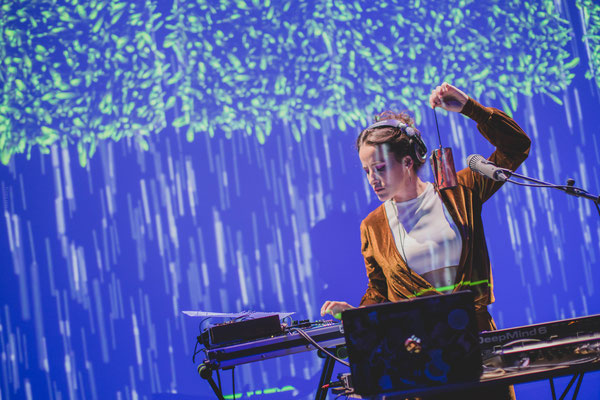 „I had a lot of thoughts and second thoughts about the lyrics...Of course I wrote some ideas at first and then spent quite some time to refine them into the statement I've finally made, a very big one, I think. The refrain and the main ideas of the song just came to me, and even I couldn't fully relate to them, but I knew somewhere deep inside that I'm on the right path and I have to let go of obsessing in controlling everything. I need to let music speak through me. Only recently I realised that I was the one lacking clarity within myself, not the lyrics, the doubts spoke at times but luckily I left the lyrics intact at some point and I'm glad I did. For some years now I discovered the book "A Course in Miracles", I mean, it was revealed to me by a close friend, a kindred spirit. It's more then a book, it's a spiritual guidance for me. I went off and on with it, but never really off since I still I turn to it and some lessons and beliefs I took from it reside in my day to day being. Recently I read an interview about the book and by doing that I at some point I remembered our song "Nothing can Rule" and starting reciting the lyrics in my head. I realised that it preaches the same thing and that my lyrics are an extension, a leaf from that big tree of knowledge about unconditional Love. All my doubts were lifted! A miracle indeed!"

„For us the song "Nothing Can Rule .." refers to the value of self-determination. Our main message is to constantly raise awareness in order to find your own voice and to keep in mind the importance of your own opinion although if it’s sometimes against the general view. You find inner peace by feeling deeply inside of you and taking your own decisions integrating your cultural and familiar background. Don’t just carelessly swim with the flow, but remain vigilant and critical while observing the current events. This self-determination and courage requires a lot of strength, which we can best gain from the belief in "the right thing". These inner values are based on love, respect and trust and shape our identity. In order to show a profile, to have a self-determined opinion you have to keep in mind what you love and stand up for it.“

"Nothing can rule… made me think about independence in the bigger picture, politically, socially, traditionally.

How much independence can and shall we keep in a social structure, like a nation, a cultural homogeneous group or a family? A majority of people agree on common „rules“ and everybody has to follow them. We are all ruled somehow by someone or some majority. It’s a system that brings a sense of security at the cost of freedom and independence. Nothing can rule love shows the other side of the medal. Emotions are not rational and therefore can’t really be ruled. Love is often chaotic. It is fluid."

"First of all when the idea of the collaboration was presented to me, my first thought was like: yey, I'm finally playing in an all girl band! A bit silly this thought of mine, because in music language shouldn't matter things like this, right? Though if you look at the numbers, it is not so common to see a lady drumming or playing bass clarinet, right? So it is special and I embraced that with sincere enthusiasm.

Our time working together face to face was very short, but I think this brought a new approach to the song and a different development.

Because I made a few experiments and recorded in the intimacy of my home and my solitude, this brought a very sensitive deep vibe to the song.“

„We were very lucky that at the beginning of our first SOUND COLLECTOR project we got to know our cooperation partner from Romania Ana-Cristina not only digitally but in real life in Bucharest. In the course of a rehearsal day and a concert in the evening at the “Green Hours” Jazzclub we had the unique opportunity (before the next lockdown in autumn started) to exchange our first musical ideas on site and spontaneously perform together on stage before we immersed ourselves deeply into the much longer compositional process of “Nothing can rule ... “. After a few conversations between lunch, coffee and sound check, we found very quickly a suitable topic that is of burning importance to us in many different ways. Before we both had all of our instruments set up to play, Ana-Cristina had the right words for the song. Inspired by Ana's lyrics and with the help of a few test recordings, we have created a song in a detailed arrangement that combines many of our musical, cultural and personal facets. The sound-affine middle part of the piece reminds us of the mysticism of the Orthodox Churches in Bucharest, especially the Stavropoleos Church. Situated in the midst of high-rise buildings it is an incredibly quiet place with a wonderful columned garden that invites you to linger and reflect. Contrasts play an important role. Rolling grooves taken from Romanian dances, as well as the background noise of a park in Bucharest, especially the black swan. Between the present and the past. Between searching and finding. Between clarity and uncertainty. Always surprising but (almost) always danceable....“

"In the visual artwork of „Nothing can rule…“ I wanted to show this contrast.

A turning salt-crystal multiplies into a kind of army of followers, strictly obeying the rules put upon all of them. No chance of breaking out or going against the system. The only way to escape this tight corset of rules for them, is to dissolve. The crystals melting away symbolize our emotions in a process of breaking out of the system followed by our mind, while the rhythm of rules tries to stop the melting. It stands for our rational attempts of controlling our emotions.

But nothing can rule love.

This „falling apart“ shows a metamorphosis to a chaotic scenery which brings out something surprisingly calming.

Millions of grains of sand out of dissolved crystals, flying around and piling up chaotically, not only stand for our emotions but also for our individual insignificance. Once we realize our own insignificance in this world, it must be seen as a new kind of freedom. Nothing can rule…"

In cooperation with the Austrian Cultural Forum in Bukarest.

Many thanks to Thomas Kloiber and Andrei Popov.